BARS is run by an elected council of volunteers who are drawn from a range of roles within the field of diabetic eye screening. Profiles of our current council members are listed below. If you wish to contact us, please use the contacts page » and your message will be forwarded on to the appropriate person. 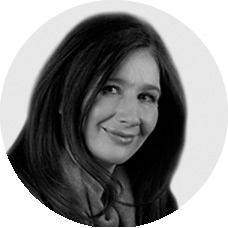 She is truly honoured to have been asked to be BARS President and is very much looking forward to the next 3 years. 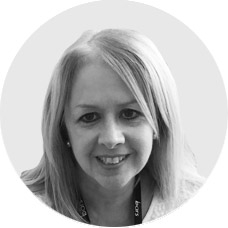 I have been part of BARS Council since 2005 as Admin Co-ordinator.  This role involves supporting Council in the organisation of our conferences and other educational events.

I started with NHS Tayside in 1979 as a Medical Secretary in Ophthalmology and then  General Medicine.  I have been Ophthalmology Information Manager in Ninewells Hospital and Medical School in Dundee since 2000.    Aside from BARS, I also run the Scottish Ophthalmological Club Meetings.

My dad was a Type 1 diabetic for 62 years so I feel that being involved in BARS I am able to give something back for the great care and attention my dad was given by all healthcare professionals over the years. 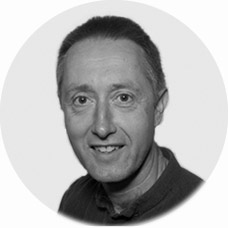 I am a senior medical photographer based at Newcastle Eye Centre within the Royal Victoria Infirmary, Newcastle upon Tyne.  Previous to that I was a screener/grader for the North of Tyne & Gateshead DESP. I have a great interest in diabetes as I've been a Type 1 diabetic for over 41 years. I'm keen on promoting patient education about the management of diabetes and I feel like a role model, having the condition myself. I've recently completed an Undergraduate Certificate of Higher Education in Health Sciences to promote patient care with the Open University, and in March 2019 I completed a Post Graduate Certificate in Clinical Photography at Cardiff University.  I am delighted to be on the BARS Council serving as Webmaster since 2015 and more recently been elected as Co Chair in March 2021.

I started my career in 1999 as a medical photographer and gained my BSc in Medical Illustration. I was the student representative on the Institute of Medical Illustrators during my study. I moved into retinal screening for the Dorset programme in 2004 as I wanted a more diagnostic role which involved medical imaging. I am now the senior grader for the Dorset programme where I am also the assessor the Health Screeners Diploma. I have a few other roles which include being a peer reviewer for the national team, a member of the Grading College and I sit on the Screening Interval Implementation Group. My passion is for research and I have authored and presented a number of research projects at national and international conferences. I am particularly interested in the prison population, pregnant patients and the use of insulin pumps and education. My most recent collaboration is with the London School of Hygiene and Tropical Medicine to develop MOOC (massive open online course) for screening for diabetic retinopathy. I love working with like-minded, enthusiastic people and am looking forward to working on the BARS council. 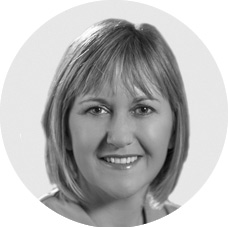 I am employed in NHS Fife's Diabetic Retinopathy Screening (DRS) Service as Team Leader.  I started with Fife DRS at its inception in 2006 and have worked in the roles of Photographer, Level 2 Grader, Slit Lamp Examiner, OCT Scan Reader and now Team Leader.

I completed my Diploma in Retinopathy Screening in 2010 and am currently halfway through studying for a Health Science degree with the Open University.  I am passionate about providing the best patient care, the continuing education and development of staff and reaching those patients who disengage from screening. 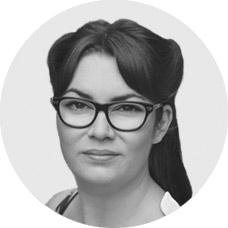 Zoe has worked for the West Sussex DESP since August 2008, starting off as an Administrator and progressing to Failsafe Officer.  Zoe is now the Failsafe & Administration Co-ordinator and enjoys the varied challenges that this role brings.  Zoe has played a huge part in improving patient experience; this includes the Nursing Home Assessment Forum (NHAF).

Zoe is passionate about Failsafe within Diabetic Eye Screening and hopes to bring this enthusiasm to the Failsafe Forums.

Zoe has been on the BARS Council as Secretary since September 2016. 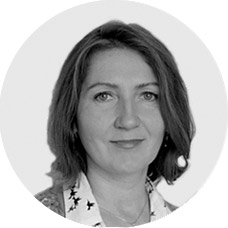 I was born in Czechoslovakia and have lived in London most of my life.  During a BSc course in Digital and Photographic Imaging at Westminster University, I discovered the scientific side to photography and then pursued medical imaging at University College London. I first became involved in diabetic eye screening in 2010, when I joined the Medical Imaging team at Harrow as a screener/grader. I later moved to North Middlesex University Hospital and in 2013 established the Diabetic Eye Journal to serve the screening community. My daily work involves Screening, ROG grading, supporting my team and assessment of the new qualification. As a council member, I also represent BARS at the Clinical Practice Group DES Grading (CPG DES Grading) where we discuss and help to shape the National Grading Pathway.​. 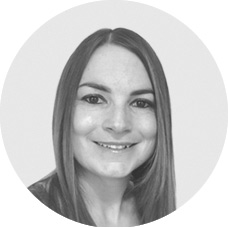 I started my career in retinal screening in 2009, after completing an MA Photography. I am currently a screener/grader for the Hampshire & Isle of Wight DESP.

As well as screening and grading I have also produced a patient information fact sheet to give to patients at clinic. I have attended various events to promote diabetic eye screening and educate patients, including the Wellness Day South organised by the Diabetes Research & Wellness Foundation (DRWF), with whom I have close contact with.

Over the years I have been involved in various other organisational roles, such as ensuring the cameras have been serviced and maintained, as well as winning the BID system at University Hospitals Southampton (UHS), which gave us new screening cameras.

I am very grateful for the opportunity to be on BARS council. I am looking forward to sharing my experience and ideas and furthering my knowledge too. 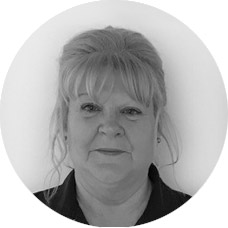 My roles include:
Supporting the clinical lead of the Hampshire and Isle Of Wight DESP with ROG, Arbitration and DS grading; Running a new referral clinic for R1M1 patients referred into HES from the screening programme; Grading and care plan of patients attending a digital image & OCT follow-up clinic in HES.

January 2016 I began my training and competencies to become the first intravitreal nurse injector in the Ophthalmology department. I now support one stop clinics for DMO, AMD and also have my own injection lists. We have now employed two more trainee nurse injectors who I will also be line managing and supporting. 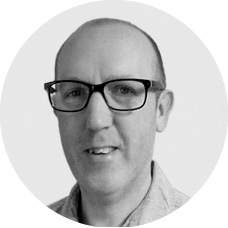 I started my career as a software engineer working in integrated data acquisition and process control. This work engaged with a variety of harsh-environment computing across a variety of industries including medical, emergency services and nuclear power. My step into retinal screening began in 1995 where the opportunity to develop the Southampton Diabetic Eye Screening (DES) service enabled a new and exciting career direction. Having gained the full range of knowledge both as a screener and grader, my move to Programme Manager allowed the service to expand across South West Hampshire and eventually the Isle of Wight. My career progression within Diabetic Eye Screening continued in 2009 with a new role as a Regional Quality Assurance (QA) Manager. Since that time, I have delivered numerous QA visits across the country and have contributed to the development of a range of national guidance and support tools. I continue as a Senior Quality Assurance Advisor within the south and provide advice and expertise on all quality issues within Diabetic Eye Screening as well as acting as lead expert for serious incident investigations. 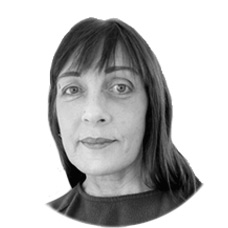 I have worked in Diabetic Eye Screening for 13 years; prior to this I was the Head of Medical Illustration at Heartlands. I am the Education Manager for the Birmingham, Solihull, and Black Country DESP training staff at all levels from England, Ireland and Scotland.  We have also trained staff from all over the world, from USA to Australia and in addition I have provided peer to peer overseas training to staff in Ethiopia, Singapore and Abu Dhabi.
Our department is an awarding centre for the Health Screener Qualification, of which I am the Lead IQA and Centre Manager and I am on the AQA/IQA group.
I am still a senior grader to DS ROG level, and also an accredited research photographer. I am the Education Co-ordinator for BARS. 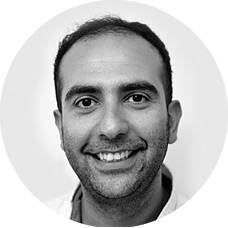 I have always been a very visual person and cannot imagine a world without sight. My fascination in the visual world led me to study Television and Video Technology at Kingston University from where I graduated with BSc Hons in 2013.

Until 2016, I freelanced as a photographer/videographer and did extensive events based work. In November 2016, I became a screener at South West London DESP and quickly progressed to screener grader. I'm currently a primary and secondary grader and have ambitions to progress into a senior screener grader position. I take great pride in my work and the part I play in preventing sight loss.

I am honoured to be part of the BARS council and looking forward to leading on the photography and videography at conferences/events along with assisting with the website and journal. 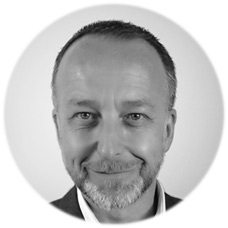 Grant has been a retinal screener since 1994 and was a member of the Council for the British Association of Retinal Screeners (BARS) from 2005 until 2010, serving as Chairman for two years from September 2007.  At a National Level, he has been involved in various UK screening committees and expert reference groups working towards the development of the City & Guilds Diploma for DRS and in the area of professional registration and regulation of those working in the field of diabetic eye screening. 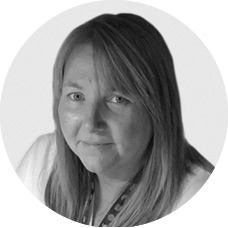 I am currently employed by NHS Tayside as Diabetic Eye Screening Manager. My career with the NHS started back in 1997 where I started out as an IT Manager for a large Tayside GP Practice, moving on to the role as Practice Manager in 2006. During my time in General Practice, I did some regular freelance training for InPS Vision (a GP clinical database system). In 2014, I moved over to Secondary care, working for a short spell as Quality and Service Manager in Primary Care Services, this involved contractual work with GP's, Dentists, Pharmacists and Optometrists and then finally moving over to Diabetic Retinal Screening in December 2015.

My education includes a BA (Hons) in Commerce and two Post Graduate Qualifications; one in Information Technology and the other Healthcare Information Governance. I.T. has always been my passion, and I am particularly interested in electronic systems and less paper!
I am looking forward to working with the members of BARS and would like to thank everyone for this opportunity. 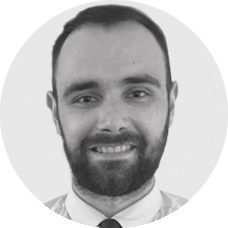 I initially started working as a Screener/Grader in 2007 for Central Mersey DESP. During my time here I worked up to the level of arbitration grader and I also helped with training other members of staff from other programmes across the country. I went on to be trained in general Ophthalmic photography and developed a real interest in this area of work.

I now work for Wirral University Teaching Hospitals as a Senior Ophthalmic Photographer and Team Leader where I run the digital surveillance clinics for Wirral DESP, alongside the clinical lead, using OCT to monitor these patients. I am also involved in writing local pathway protocols for this service. I am looking forward in sharing my experience on the BARS Council.

The BARS web site uses cookies. More information »
You can remove this notification by clicking here »

Vacancies   Current Vacancies »
How to advertise a vacancy »